It’s endangered species day. A sobering reminder of the many precious and unique species we stand to lose in the near future. One creature at risk that is particularly close to our hearts and our local Northern Rivers community is the koala.

Whilst the koala is not officially listed as endangered by any state law, it is listed as vulnerable and numbers are dramatically declining. The Australian Koala Foundation believes they should be listed as ‘critically endangered’ in some areas and in some areas they could already be ‘functionally extinct’, that is to say numbers are so low, populations cannot support themselves.

Nobody knows exactly how many koalas there are left along the eastern states of Australia but estimates over the last 10 years show a steady decline and the total population could be as low as 47,860. A drastic reduction from the millions that were here a hundred years ago.

Friends of the Koala

Our partnership with Friends of the Koala works on all levels of advocacy, campaigning and emergency response to help these fuzzy little guys.

There are so many people doing great work to help save the koalas. 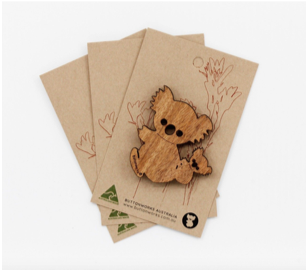 All proceeds from the cute Friends of Koala merch in our online store also go directly to Friends of the Koala - take a look here.

Here are 10 actions you could take in your daily life to help prevent koalas from going locally extinct.

Habitat loss is the biggest threat to koala populations. You can sign this petition by the World Wildlife Fund asking politicians in NSW to stop excessive tree clearing of habitat.