Are you mopping up after the rain?


You’re not alone – many of us are getting used to once in a generation natural disasters (bushfires, drought, storms) and for any of you living on the Eastern Seaboard of Australia who have been affected by the heavy rains, maybe even the floods, there is a big job ahead.

It’s unlikely many homes and businesses have escaped entirely unaffected – the recent wet weather has created the perfect environment for an enormous bloom of mould.

How mould grows – the perfect storm 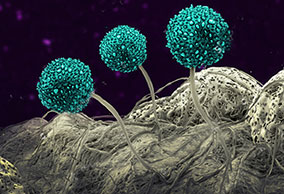 Mould grows when there’s sufficient moisture on a surface. Add to that humidity (particularly in Northern NSW and Queensland), and you have textbook conditions for an outbreak of mould colonies. You may be noticing it in a number of places - beyond the usual tiles and grout in the shower - particularly on walls and ceilings.

Mould doesn't hold back – it will start to brew when conditions are ripe, then begin to flourish within 24-48 hours of water exposure. Even worse, it will continue to grow and thrive until you deal with it – and the health implications can be serious and get worse the longer you leave it.

You see, mould reproduces via the production of tiny individual spores, much like the seed of a plant. Because they’re small, these spores can be breathed in. This may trigger a range of health problems, such as:

Mould can potentially trigger a severe reaction if you or one of your family has:

Jump on the problem – now 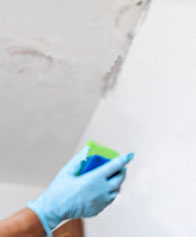 If you’ve just experienced days of heavy rain, fast action is essential – unhealthy mould will only continue to flourish. This will make it harder to tackle and potentially cause a health issue for your household. Here are a few tips:

To bleach or not to bleach?

The traditional method is to reach for bleach to tackle mould. While bleach can work on nonporous surfaces such as tiles, it doesn’t work on wood and other porous materials, including grout and drywall. In fact, on porous surfaces, bleach can actually encourage mould growth.

Then there are the unhealthy side effects of bleach. It’s irritating to the skin, lungs and eyes. On top of this, the fumes can cause headaches, chest tightness, muscle weakness, nausea or vomiting. 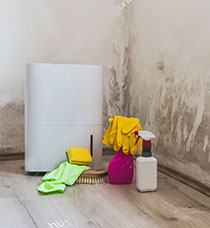 Vinegar is often identified as a safe solution for tackling mould. Its high acidic content certainly disinfects, but it only does half the job for more severe outbreaks of mould and should be used with a super-strict process to be effective. The other toxin-free alternative, hydrogen peroxide, produces free oxygen radicals that actually destroy the bacterial cells.

In fact, hydrogen peroxide is a great all-around mould killer. This is because it tackles mould at least as well as bleach-based solutions do – without the health disadvantages. It uses the power of oxygen to cleanup, almost like a 'superfood'.

A solution with at least 3% hydrogen peroxide is recommended. 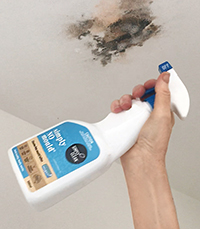 Simply NO Mould contains 5% hydrogen peroxide – well above the recommended 3% baseline. It also contains a range of plant-based surfactants that help the hydrogen peroxide penetrate into mould. It safely kills interior mould & mildew on hard surfaces such as showers, baths, tiles, grout, bench-tops, fridge & freezer seals, sinks, painted walls and ceiling, woodwork and glass, leaving no harmful residue. It’s safe for your family (including kids and pets) and even safe for food prep surfaces.*

As John, one happy Simply NO Mould customer has said: “With Simply no Mould, I have found a product that matches Exit Mould in effectiveness but is less toxic and does not bleach your clothes”.

Try it and see if you agree – and good luck with the cleanup.

*Not suitable for use on unsealed timber, copper, brass, marble, fabric, carpet and materials or surfaces liable to fade.